FOIL it! Find One mismatch between Image and Language caption 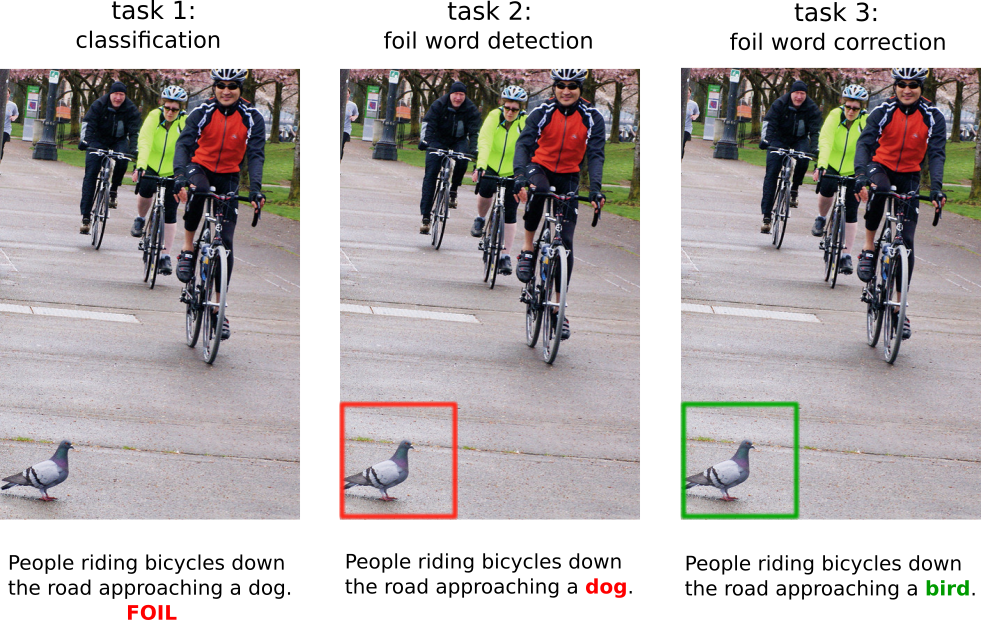 Task 1 Binary Classification : Given an image and a caption, the model is asked to mark whether the caption is correct or wrong. The aim is to understand whether LaVi models can spot mismatches between their coarse representations of language and visual input.

Task 2 Foil Word Detection : Given an image and a foil caption, the model has to detect the foil word. The aim is to evaluate the understanding of the system at the word level.

Task 3 Foil Word Correction : Given an image, a foil caption and the foil word, the model has to detect the foil and provide its correction. The aim is to check whether the system's visual representation is fine-grained enough to be able to extract the information necessary to correct the error. 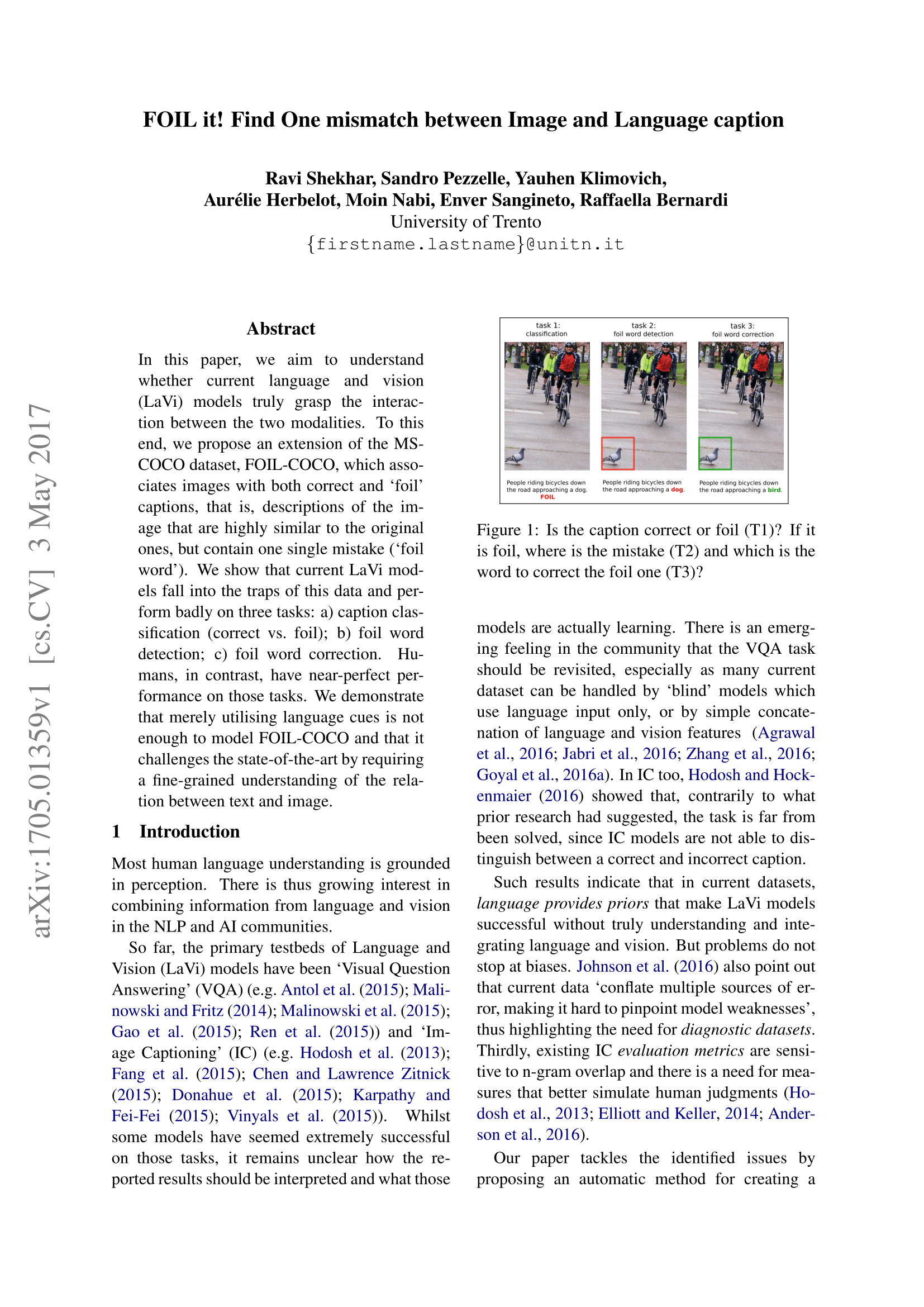 In this paper, we aim to understand whether current language and vision (LaVi) models truly grasp the interaction between the two modalities. To this end, we propose an extension of the MSCOCO dataset, FOIL-COCO, which associates images with both correct and "foil" captions, that is, descriptions of the image that are highly similar to the original ones, but contain one single mistake ("foil word"). We show that current LaVi models fall into the traps of this data and perform badly on three tasks: a) caption classification (correct vs. foil); b) foil word detection; c) foil word correction. Humans, in contrast, have near-perfect performance on those tasks. We demonstrate that merely utilising language cues is not enough to model FOIL-COCO and that it challenges the state-of-the-art by requiring a fine-grained understanding of the relation between text and image.

We are making the version of FOIL dataset, used in ACL'17 work, available for others to use :

MS-COCO API could be used to load annotation, with minor modification in the code with respect to "foil_id".

NOTE : If you have downloaded the dataset before Sep'18, please download the current version (OCT'18). The previously uploaded version had a language bias as pointed in Madhysastha et al. (2018).

If you used the FOIL datasets in your work, please consider citing our ACL 2017 paper and bibtex


@inproceedings{shekhar2017foil_acl,
title={"FOIL it! Find One mismatch between Image and Language caption"},
author={Shekhar, Ravi and Pezzelle, Sandro and Klimovich, Yauhen and Herbelot, Aurelie and Nabi, Moin and Sangineto, Enver and Bernardi, Raffaella},
booktitle = {Proceedings of the 55th Annual Meeting of the Association for Computational Linguistics (ACL) (Volume 1: Long Papers)},
pages = {255--265},
year={2017}
}

The FOIL dataset is derived from the MS-COCO image captioing dataset. The authors of MS-COCO do not in any form endorse this work. Different licenses apply :

We are grateful to :